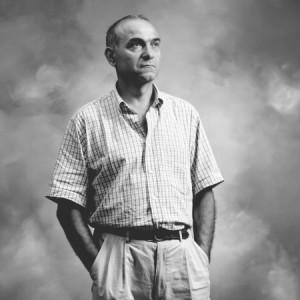 Antonio Di Tommaso was born 13th January 1945 in Frisa (Chieti), Italy.
In 1962 Di Tommaso graduated from the Institute of Art of Lanciano. In that same year he enrolled in the “School of Sculpture” at the Academy of the Belle Arti directed by the Professors Antonio Berti and Giulio Pierucci. Di Tommaso completed his sculpture studies in 1966 and thencontinued his studies at the Academy of the Belle Arti attending courses in painting taught by Primo Conti and Goffredo Trovarelli (1966 – 1969).
In Florence, Di Tommaso attended the studios and workshops of leading artists such as Mario Moschi, Arnaldo Miniati, Silvio Polloni, Quinto Martini, Gualtiero Nativi, Marcello Tommasi, Jorio Vivarel and others. Working alongside these skilled artists, Di Tommaso truly developed his sculpture techniques in particular working with various materials such as terracotta, ceramic, wax, wood, bronze, iron, plaster and marble.

In 1970, Di Tommaso attended the International Academy of Salzburg (Austria) under the guidance of Marcello Mascherini. In 1973, he won a scholarship for young artists offered by the Municipality of Florence. The intense research into sculpture to come in the following years allowed his creativity to evolve and a change occurred in his work. There was a gradual shift from a formal and immediate representation to a search for an order. Through the examination and study of shapes, edges, cuts and strong defined lines thoughts, feelings and moods are expressed. A language through the geometry of shape develops and this will become a distinct element in his artistic maturity.

He lives in Florence and works in his studio in Via de’ Pepi 15r, in the Santa Croce neighbourhood of Florence.